You’ll need to find out if anything is wrong with the battery, repair any damages and have a mechanic check everything to ensure that it’s safe for you and others on the road. Your car may not be junk after all!

Electrical damage can cause a lot of problems to your car. There may have been any number of things that caused the electrical issue or short, but once it happens it’s time to fix everything as soon as possible. 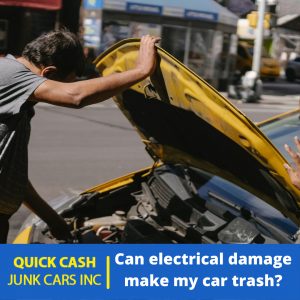 When there is electrical damage to the car, it may cost you a lot more than you would if it weren’t for the electrical problems. Even if one tiny part breaks, it’s likely that the other parts will soon after. The battery could be drained or shorted out, wires can break or short out and there could be any number of things wrong with the alternator. If you’re planning on getting your car fixed at all, make sure to get an estimate on how much it’s going to cost before making any decisions. You might be surprised at how much it’ll end up costing.

When there is any kind of electrical failure in the car, it is very possible that you can’t rely on your car to get you where you need to go. Even if only one light on the dashboard doesn’t work, it’s still a big problem and you’ll need to get it fixed as soon as possible. If you let the problem go on for too long, your car might end up putting itself in danger by not working at all.

It’s important not to let electrical problems stay inside of your car for longer than they should. You’ll end up paying through the nose if you let it go for too long. It’s important to get the problems that are there taken care of, but it can be costly in terms of money that you might not have.

What to do when your car won’t start.

If you’re getting ready to go somewhere and you turn the key, but it won’t restart, what should you do? Well, there are many things that could be wrong with the car. The most common causes for this are a dead battery or a clogged fuel filter. If your car won’t start after changing the battery, most likely the alternator needs to be replaced. It’s also possible that there is an electrical problem or an environmental problem. Make sure to check all of these before making any hasty decisions.

If you do suspect the battery is dead, check the terminals and cables to see if they need to be cleaned or tightened. If there’s corrosion on the battery it could prevent any current from passing through. It’s also possible that there is a broken cable or terminal somewhere. You can safely remove these by loosening the nut with an adjustable wrench.

If you do suspect your car won’t start because of the fuel filter, there might be dirt or rust in it. You’ll need to change the filter and make sure that there isn’t any gasoline leaking from the tank. Replace the clogged fuel filter with a new one and check all hoses for leaks as well. If you’re going to replace the fuel filter, you should do a full tuneup as well. Replacing it could repair any other problems that are going on in your car’s engine.

How to repair electrical damage on my car.

The first thing you want to do is determine the cause for the electrical problems. This could be anything from a short to an electrical malfunction on the battery. It’s important to determine the problem before any repairs are completed so that you don’t waste time and money. If your battery is completely dead, it will need to be replaced as soon as possible before any other electrical problems occur. Replacing your car battery as soon as possible will help avoid more expensive damages down the road, such as alternators or electric wire damage.

If there isn’t a new battery available, or if you find that your luck with replacing the battery hasn’t been successful, then it might be time to buy a new car. Unfortunately, if it’s not the battery that’s causing the electrical damage, you’ll need to get a new car or else continue on trying to fix your car. If it’s not the battery and there isn’t any other sort of simple solution, it might be time to call in some professional help.

If your alternator has been damaged, you’ll need to replace it as soon as possible in order to avoid more serious problems. This ensures that the battery is going to be charged and it will help prevent your car from dying when you’re driving. If your alternator has been damaged, it’s important to take care of this problem right away before any further damage can occur.

In most cases, if you can bring your car’s battery to a mechanic, it will be replaced with no problem. If you have any further problems after this is done, the mechanics should take care of them for you at no extra cost. It’s important that all other electrical problems are fixed before selling the car back to another owner or trying to resell it yourself.

When it’s not worth fixing.

If you don’t want everyone to know that your car is damaged and you’re trying to hide the issue, it’s not worth fixing. The costs of hiding the damage can be very high and may even lead to more extensive problems with the car; further leading to a need for a new car altogether.

There are many things that could cause electrical damage to your car. Most of these are easier to fix than others. If you find yourself needing to fix some electrical issues, try to fix them as soon as possible before anything gets worse! If the problem is with the battery, you’ll need to get a new one or bring it in for replacement. If that doesn’t work, you should call a professional to find out what else might be going on. If your car isn’t worth fixing anymore, either keep it hidden or get a new one!

Selling your car with electrical problems.

If you have electrical problems with your car, you’ll typically need to have them fixed before selling your car. Of course, if you don’t care about the appearance of your car or what buyers will think about it, then there is no harm in selling the car with damaged wiring. However, some people are more sensitive to these things and may be turned off by it. For instance, if the wiring has been replaced but not connected properly this could result in a buyer noticing that there is something wrong with the headlights or taillights. If this is the case, you’ll need to make sure that any issues with the wires on your vehicle are fixed first.

Quick Cash Junk Cars Inc. is the best place to sell. We work by pairing you with junk car buyers in your area who are looking for cars like yours and offering the available price for them. To sell your car with us, simply call at 773-207-3710 and sell your car fast and say goodbye to electrical troubles.

What you can read next 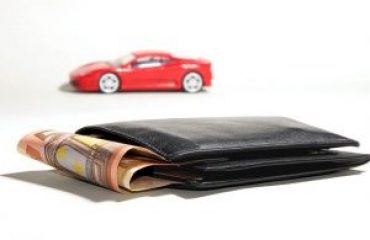 Which are the most valuable items in a car? 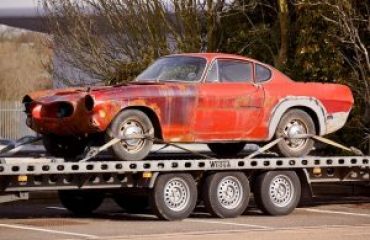 What to expect when selling your junk car

GET CASH FOR JUNK CARS IN CHICAGO

SEND A TEXT CALL US